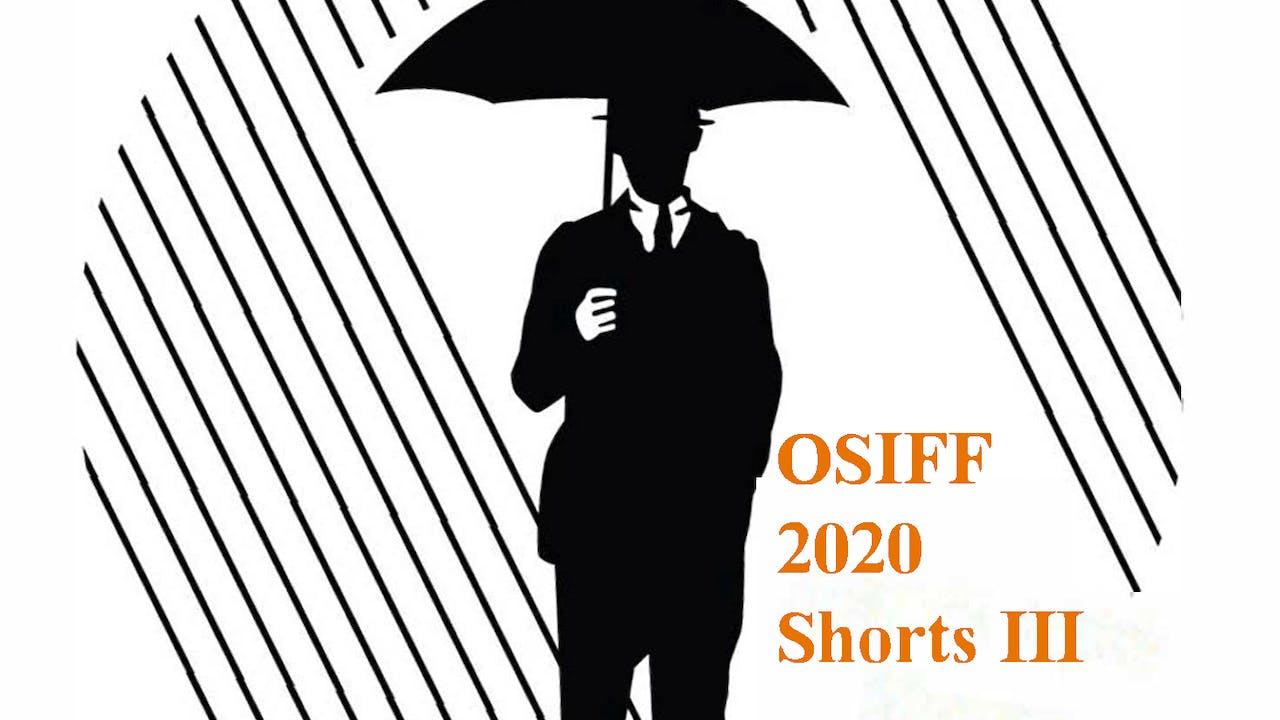 Our third block of shorts - once again a potpourri of films from across the globe.

Proceeds from this segment benefit the Whiteside Theatre in Corvallis.

1. Cruel Shoes (Dir. Kevan Peterson. USA, 2020).
A woman goes into a shoe store, and leaves with... the cruel shoes. An animated short, based off "Cruel Shoes" by Steve Martin.

2. The Obituary of Jasper James (Dir. Ryan Fenson-Hood. USA, 2020). West Coast Premiere.
Join African-American Jasper James at the cemetery. His home in the city has been lost and a mausoleum in the graveyard will be his new apartment. His book of poetry is on sale and Tatyana is coming for a visit. A wonderful dark, romantic comedy.

3. Kindred. (Dir. Ben Moscona and Jason Edelstein. USA, 2020)
Aural historian, jazz musician, sound-collage artist, and environmentalist Jack Loeffler shows us what it means to truly listen to the natural world outside our window. Loeffler defines a biophany as a, “symphony of living organisms that are germane to a particular ecosystem.” As humans, we often separate ourselves from these habitats and obfuscate these symphonies with our cacophonous blabber. Jack explains that we can join the orchestra, all we have to do is listen.

4. Feel India (Dir. Ion Sova. Republic of Moldova, 2020)
"The only people who see the whole picture are the ones who step out of the frame. - Salman Rushdie.
This quote inspired Moldovian filmmaker Ion Sova to capture his travels through India. Immerse in the sights and sounds of a beautiful country, brought to you in 4K.

5. Dehlight (Dir. Indresh Singh and Rishabh Nayan. Australia, 2020).
‘Dehlight’ takes place in an Indian slum plagued by extreme poverty, devastating hunger, and dire scarcity of clean water. In a country where millions of tourists travel each year, the local people suffer from severe malnutrition. The true meaning of this is shown in a starkly candid moment spent with a mother grieving the death of her daughter due to malnutrition and lack of clean water.
‘Dehlight’ gets up close and personal with the day to day lives of the slum, where clean water is fatally scarce, (the government delivers water to the slum once a week) proper nutrition is out of reach, and where children spend their days doing repetitive work as opposed to learning and growing their minds.
However, change comes when Kamalpreet Kaur (Sonu) begins to teach the children of the slum, sowing the seeds of education and a brighter future. Learning opportunities extend to the women of the slum as they are given (and willingly take) the opportunity to learn to sew, unlocking a wealth of skill, determination, creativity, and most importantly, the support of each other. Something that really strikes a chord is the way the men of the slum allow their wives to learn and become empowered. To see such a deep-rooted mentality, fade is an incredible sign for the future.

6.Everyday (Dir. Nikita Gorelkin. Russian Federation, 2020).
At the center of the film is an athlete, Dmitry Bregeda. Dmitry is the 2019 European Champion and the 2014 World Champion of winter triathlon, the winner of Russian trail running competitions. Dmitry is not only physically strong, he is wise and has enough internal strength to achieve high results and meet the goals set by this "superman".

7. The Silence of the Forest (Dir. Valentina Xhialli. Greece, 2020)
A man alone in the forest, a dream within a dream, while reality is mixed with fantasy. A highly awarded experimental short film.