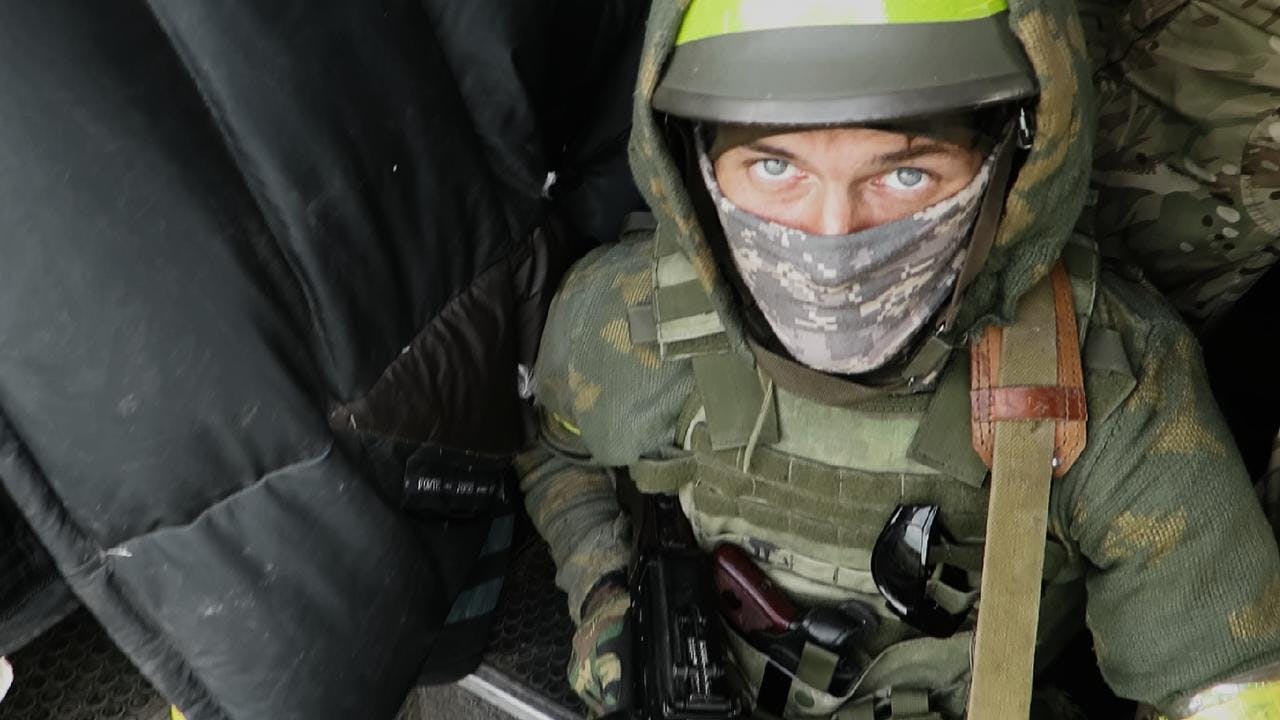 This strikingly graphic and honest documentary is about the human toll of the ongoing Russian aggression against Ukraine that started in 2014 with the annexation of Crimea and was immediately followed by the Russian occupation of parts of southeastern Ukraine. Director Anastasiia Starozhitska travels through the war zone, documenting such dramatic events as the Ilovaisk encirclement, among others, in an attempt to understand the essence of the war and how it affects people.

In the words of the directors, "It's a real story about love, war and death that was documented by the immediate participants of the events". Director Anastasiia Starozhitska and her boyfriend, Ukrainian soldier Valery Lavrenov, are filming what's happening to them and sharing their feelings with each other.

They are together out of frame, and then in the frame. He volunteered for the front; she went to the place just after the battle. He got into Ilovaysk cauldron, lost his closest brother-soldiers. She, while travelling along the ruined towns, strives to understand the essence of war and love. Both tell openly one another about their feelings during the war, escaping the cauldron, a try to live together after, and a common trip to the frontline.

All revenue will go straight to the two women directors from Ukraine.